Please click on one of the episodes below to listen to a podcast, or subscribe at Audioboom.

Lifejackets are what helps people to stay afloat, each time a new guest visits the Shed we ask them to nominate one or two of their Life Jackets in terms of music, films, television, books, pets, hobbies that keep them afloat and in good order and are their go to things in times of trouble and strife. 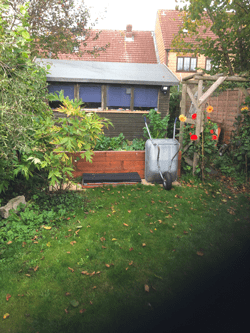 Shed Talks is a good humoured show about mental health and coping with life – what happens when things go wrong, and what you can do to get better and stay well.

Shed Talks is hosted by Jeremy Thomas – a funny guy with experience of serious mental illness, and an advocate of good mental health. Jeremy is going to be in conversation with public figures drawn from the world of Film, TV, Music, Books, Crime, Gardening, and Business. Interesting people who have achieved something in their lives but who also have had direct or indirect experience of poor mental ill health.

By sharing their inside stories with Jeremy, guests will also reflect on personal survival techniques, demonstrating how they recovered from poor mental health and how they now stay sane.

Jeremy Thomas worked in the music business for 22 years during the 70’s, 80’s and 90’s.  He worked with artists such as John Williams, Al Green, Camel, Caravan, U2, The Levellers, James Brown and Rupert Hine to name a few. He wrote his first novel “Taking Leave’ in 2007, a former BBC Radio 5 ‘Book of the Month”, going on to co-produce the Emmy Award winning BBC documentary ‘Stephen Fry – The Secret Life of a Manic Depressive’ and co-write the popular- A-Z Guide to Good Mental Health with Dr Tony Hughes. His last novel was the crime thriller ‘The Santa Monica Suicide Club’ published in 2016.

Jeremy is now a leading speaker to schools and businesses, delivering talks on “How to Stay Sane in an Insane World’’.  An authentic, brutally honest and often humorous talk which draws on his own battle with bipolar disorder and addiction, providing coping skills and strategies based around a mental health tool kit. 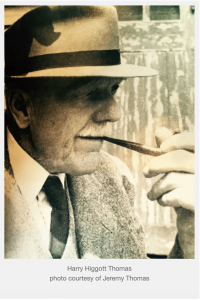 Gardening and working in nature and getting your hands dirty are really now accepted methods of keeping your mental health in good order. Jeremy is descended from a line of horticulturalists we thought it would be fun and interesting to feature his Grandfather HH Thomas within the site, specifically to have every guest read several pages from his book Making Love to Mother Earth and herewith a very interesting article about him and his father.

Karen Cowan grew up in Tarporley Cheshire and trained to be a psychologist in her early 30’s, following the death of her mother, who had experienced significant psychiatric illness including alcoholism.  Karen completed her training at City University and her practice, whilst largely CBT based, has a significant systemic element. 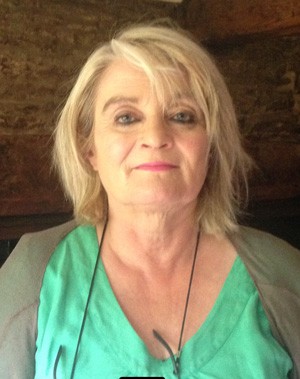 During the course of her career Karen has largely worked for Oxford Health Care Trust as well as time working with the Oxford Cognitive Therapy Centre. Karen has been instrumental in setting up the MIND CBT group programme.

Karen tends to specialise particularly in areas around childhood trauma and brief therapy but her professional interests are wide ranging.

Karen married at a young age at 19, was widowed early in 2016 and has four children and four grandchildren.  She divides her time between London and Oxfordshire.  Her interests include; reading, films, music, trains, the National Trust and friends. Karen is passionate about the role of psychology within society as a whole.

NA is a non-profit fellowship or society of men and women for whom drugs had become a major problem.

AA is a fellowship of men and women who help others to recover from alcoholism.

Realising you have a problem with alcohol is the first step to getting better, but it’s often the hardest one.

The British Association of Anger Management

Attending an Anger Management is the first step towards a healthier happier life.

Samaritans works to make sure there’s always someone there for anyone who needs someone.

Survivors of Bereavement by Suicide

Meeting the needs and break the isolation of those bereaved by the suicide of a close relative or friend.

One of the UK’s most respected mental health charities.

However you’re feeling right now, things can get better.