HOW TO STAY SANE IN AN INSANE WORLD

Jeremy delivers a compelling talk which is fluent, serious – but never solemn – and sometimes hilarious. Click here to read the full testimonial…

Fear and shame make the prison of mental illness in families worse. Jeremy's talks are important. They are compassionate, informative, honest and very funny; humanising what can be distressing for the sufferer and those around them. I wish I'd heard him speak as a young person.

Jeremy Thomas is an author and speaker. As a result of overcoming his own battle with bipolar disorder he co-produced with Dr Tony Hughes the Emmy Award winning documentary ‘Stephen Fry, The Secret Life of a Manic Depressive’ and is the co-author of You Don’t Have to Be Famous to Have Manic Depression – An A-Z Guide to Good Mental Health. He has written articles for The Times, The Telegraph, The Daily Mail and he has appeared on BBC Television and Radio.

Jeremy has been delivering Keynote talks to schools, companies and conferences for the last nine years. His core message is prevention is better than cure. Jeremy draws on his own experience to show how to recognise the symptoms of poor mental health and to improve it by monitoring the dials on the control panel and maintaining daily use of practical coping methods. Taking the right action, talking to someone and having a routine are often the best medicine.

Jeremy Thomas talks about prevention being better than cure

"Jeremy transfixes his audience with a story that enthrals, engages and astounds. He changes your understanding of mental health forever, conveying insights and techniques that build awareness and resilience. Unforgettable." 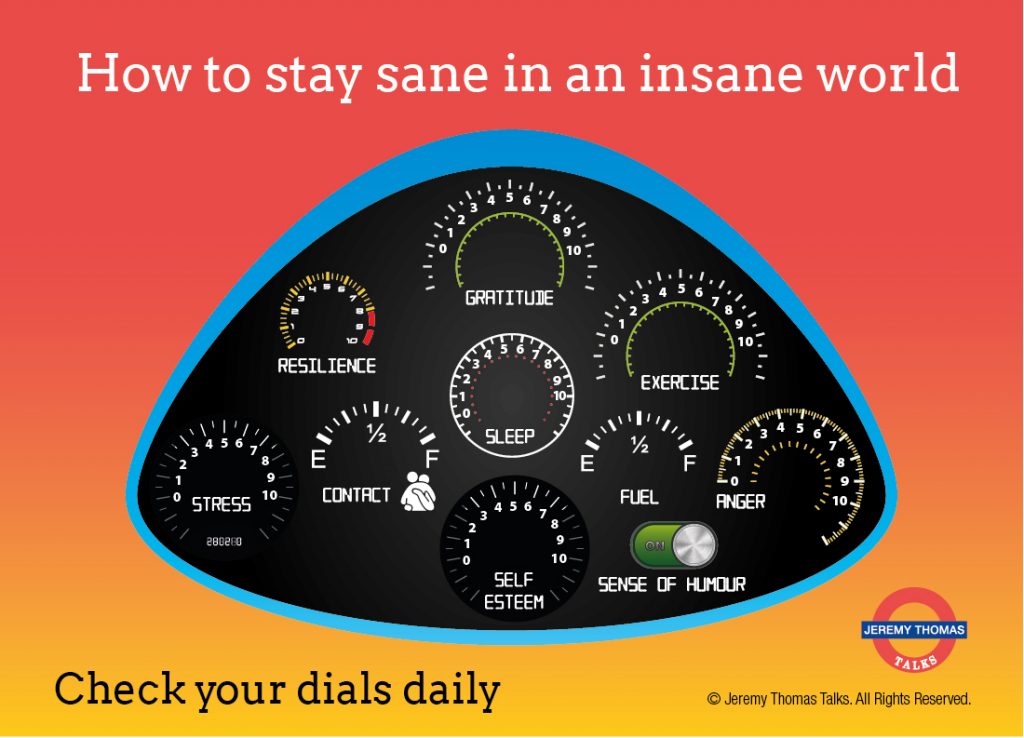 Towards the end of my talk on mental health I always play the William Tell overture. It never fails to bring a smile to my...

I have observed a strange error within the resilience section of my talk. The message I normally propagate is DON’T PANIC, KEEP SWIMMING. Well, having... 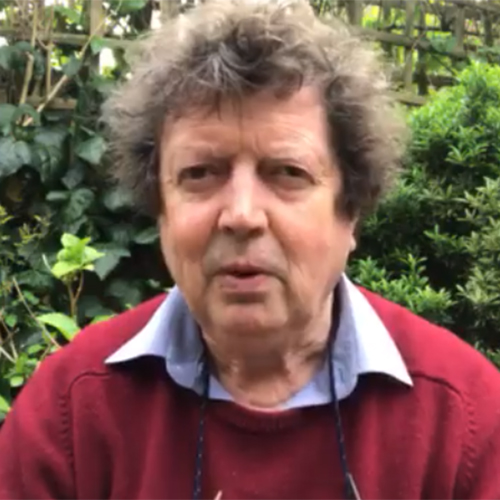 THE THREE BIG CAUSES OF SERIOUS STRESS Follow this link to view the video on Facebook: https://www.facebook.com/jeremythomastalks/videos/690000848116970/?t=19.

Jeremy is the co-author of You Don’t Have to Be Famous to Have Manic Depression – The A-Z Guide to Good Mental Health. The book comprehensively explores many of the facts and misconceptions associated with depression, and considers many aspects of our day-to-day lives which can be changed to manage the condition.

An insightful guide to an often misrepresented issue.

This brilliant book offers excellent support for those who know someone with the condition, who have been recently diagnosed, or for anyone curious to learn more.

"An honest, amusing and fascinating insight into the subject of mental health."

"This is a genuinely helpful book."

The Independent on Sunday,

"Everything you have always wanted to know about mental health but were afraid to ask."

Available as an ebook or in paperback format. Courtesy Michael Joseph & Pengiun Books.

His partly autobiographical novel Taking Leave has received praise from Stephen Fry, Sue Townsend and A. L. Kennedy to name a few. A funny book about an unfunny subject. Taking Leave takes the reader on a roller coaster ride through meltdown, madness and beyond, where love, friendship and family are put to the ultimate test.

“Jeremy Thomas is a complete original. His writing, like his life, is a whirlwind of brilliance, wonder and blunder, by turns hilarious and terrifying. Highly Recommended."

“Taking Leave is a glorious celebration of human frailty. It is funny, moving, and clever and exposes uncomfortable truths about the record industry.”

“Taking Leave is funny, intelligent, moving and elegantly crafted. If you are interested in the record business, in lives out of control, or the plaintive and absurd realites of human nature then Thomas is your man.”

Available as an ebook or in hardback format.

The mutilated body of a man is discovered inside a suitcase on Santa Monica Beach, his UK passport wedged between his teeth. One week earlier, the twenty-eight-year-old son of a wealthy Mexican is found butchered in his Ocean Avenue apartment, close to his brutally murdered domestic. The local Santa Monica crime rate may have dropped by forty per cent, but the homicide rate is clearly on the rise.

Stephen Fry: The Secret Life of the Manic Depressive

Jeremy co-produced the Emmy award-winning documentary The Secret Life of the Manic Depressive. Stephen Fry presents this documentary exploring the disease of manic depression; a little understood but potentially devastating condition affecting an estimated two percent of the population.

Stephen embarks on an emotional journey to meet fellow sufferers, and discuss the literal highs and lows of being bi-polar. Celebrities such as Carrie Fisher and Richard Dreyfuss invite the comedian into their home to relate their stories.

Stephen also looks into the lives of ordinary people trying to deal with the illness at work and home, and of course to the people studying manic depression in an effort to better control it. A fascinating, moving and ultimately very entertaining Emmy award-winning programme.

A mish-mash of books, videos, music, cartoons and websites chosen by Jeremy

We use cookies to ensure that we give you the best experience on our website. If you continue to use this site we will assume that you are happy with it.Ok