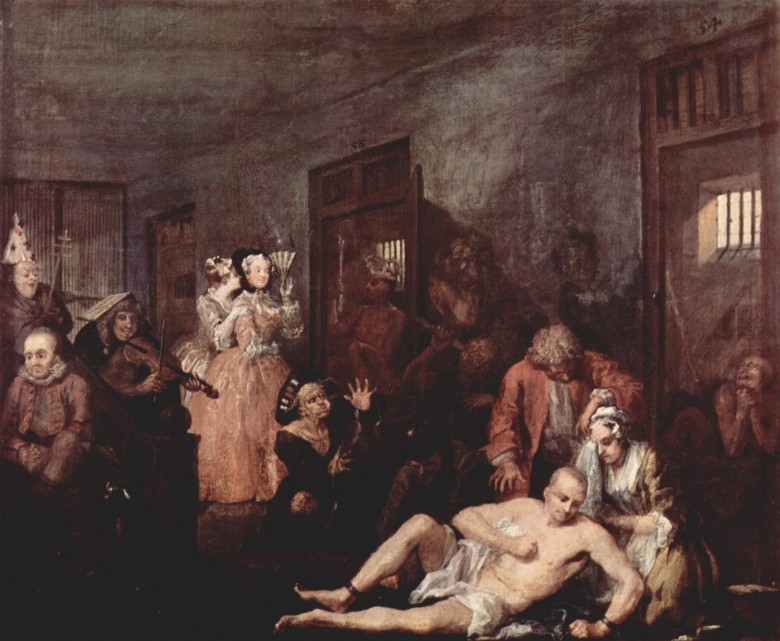 A Brief History of the Treatment of Mental Illness

Attempts to treat mental illness date back as early as 5000 BCE as evidenced by the discovery of trephined skulls in regions that were home to ancient world cultures (Porter 10). Early man widely believed that mental illness was the result of supernatural phenomena such as spiritual or demonic possession, sorcery, the evil eye, or an angry deity and so responded with equally mystical, and sometimes brutal, treatments. Trephining (also referred to as trepanning) first occurred in Neolithic times. During this procedure, a hole, or trephine, was chipped into the skull using crude stone instruments. It was believed that through this opening the evil spirit(s)–thought to be inhabiting one’s head and causing their psychopathology–would be released and the individual would be cured (“Measuring”). Some who underwent this procedure survived and may have lived for many years afterward as trephined skulls of primitive humans show signs of healing. Pressure on the brain may have also incidentally been relieved (Butcher 28). This procedure endured through the centuries to treat various ailments such as skull fractures and migraines as well as mental illness, albeit with more sophisticated tools such as skull saws and drills developed solely for this purpose (“Measuring”).

Hebrews believed that all illness was inflicted upon humans by God as punishment for committing sin, and even demons that were thought to cause some illnesses were attributed to God’s wrath.

Ancient Egyptians seem to be the most forward-thinking in their treatment of mental illness as they recommended that those afflicted with mental pathology engage in recreational activities such as concerts, dances, and painting in order to relieve symptoms and achieve some sense of normalcy. The Egyptians were also very advanced in terms of medicine, surgery, and knowledge of the human body. In all of these ancient civilizations, mental illness was attributed to some supernatural force, generally a displeased deity. Most illness, particularly mental illness, was thought to be afflicted upon an individual or group of peoples as punishment for their trespasses. In addition to the widespread use of exorcism and prayer, music was used a therapy to affect emotion, and the singing of charms and spells was performed in Babylonia, Assyria, the Mediterranean-Near East, and Egypt in hopes of achieving a cure (Rosen). Beliefs about mental illness and proper treatments were altered, and in some cases advanced, by early European thinkers. Between the 5th and 3rd centuries BCE, Greek physician Hippocrates denied the long-held belief that mental illness was caused by supernatural forces and instead proposed that it stemmed from natural occurrences in the human body, particularly pathology in the brain.

In addition to purging and bloodletting (also known as phlebotomy), customized diets were recommended. For example, “raving madmen” were told to follow diets that were “cooling and diluting,” consisting of salad greens, barley water, and milk, and avoid wine and red meat (Porter 42).

The social stigma attached to mental illness was, and to some extent still is, pronounced in countries that have strong ties to family honor and a reliance on marriages to create alliances and relieve families of burdensome daughters. In China, the mentally ill were concealed by their families for fear that the community would believe that the affliction was the result of immoral behavior by the individual and/or their relatives. The mentally ill were also thought to have “bad fate” that would negatively influence anyone who associated with the disturbed individual, scaring away potential suitors and leading to the idea that mental illness was contagious (Phillips 10). Historically in Greece, “a mentally ill (family) member implies a hereditary, disabling condition in the bloodline and threatens (the family’s) identity as an honorable unit,” therefore treatment of the mentally ill in these cultures meant a life of hidden confinement or abandonment by one’s family (Blue 305). Mentally ill vagrants were left alone to wander the streets so long as they did not cause any social disorder. Those who were deemed dangerous or unmanageable, both in family homes or on the streets, were given over to police and thrown in jails or dungeons, sometimes for life (Stigma 43). Particularly in Europe during the Middle Ages, beatings were administered to the mentally ill who acted out as punishment for the disturbances their behavior caused and as a means of “teaching” individuals out of their illnesses. Others who were considered nuisances were flogged out of town (Rosen).

In order to accommodate the burgeoning amount of mentally ill individuals, asylums were established around the world starting, most notably, from the sixteenth century onward. The first institution to open its doors in Europe is thought to be the Valencia mental hospital in Spain, 1406 CE (Butcher 36). Although not much is known about the treatment patients received at this particular site, asylums were notorious for the deplorable living conditions and cruel abuse endured by those admitted. For many years, asylums were not facilities aimed at helping the mentally ill achieve any sense of normalcy or otherwise overcome their illnesses. Instead, asylums were merely reformed penal institutions where the mentally ill were abandoned by relatives or sentenced by the law and faced a life of inhumane treatment, all for the sake of lifting the burden off of ashamed families and preventing any possible disturbance in the community.

The most infamous asylum was located in London, England—Saint Mary of Bethlehem. This monastery-turned-asylum began admitting the mentally ill in 1547 after Henry VIII announced its transformation. The institution soon earned the nickname “Bedlam” as its horrific conditions and practices were revealed. Violent patients were put on display like sideshow freaks for the public to peek at for the price of one penny; gentler patients were put out on the streets to beg for charity (Butcher 36).

Although cruel treatment in asylums surely felt to the patients as if it had been going on for ages, conditions began to improve in the mid-to- late 1800s as reforms were called for, and this shameful and unenlightened period was somewhat brief in relation to the span of world history. One of the earliest reforms occurred at an asylum in Devon, England. This facility had employed opium, leeches, and purges as cures for mental illness, but in the mid-1800s emphasized non-restraint methods to affect patients’ health (Stigma 64).

One of the most significant asylum reforms was introduced by Philippe Pinel in Paris. During the year of 1792, Pinel took charge of La Bicetre to test his hypothesis that mentally ill patients would improve if they were treated with kindness and consideration. Filth, noise, and abuse were eliminated quickly after patients were unchained, provided with sunny rooms, allowed to exercise freely on the asylum grounds, and were no longer treated like animals (Butcher 38).

This humanitarian movement spread across the Atlantic to the United States in the early 1800s. Stemming largely from the work of Pinel and Tuke, moral management emerged in America as “a wide-ranging method of treatment that focused on a patient’s social, individual, and occupational needs” (Butcher 39). Applied to asylum care, moral management focused on the mentally ill individual’s spiritual and moral development as well as the rehabilitation of their personal character to lessen their mental ailments. These goals were sought through encouraging the patient to engage in manual labor and spiritual discussion, always accompanied by humane treatment.